BLOG
You are here: Home / BLOG / Education and the Latest Research / Tea Regions of the World – India 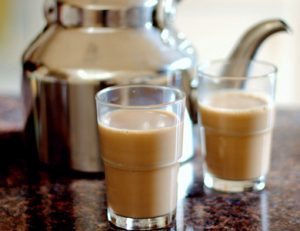 India has been a centre of cultural and philosophical innovation for thousands of years and has contributed some of the greatest and most popular religions, foods, and arts that are enjoyed around the world today. India is home to greats such as Mahatma Gandhi, Ravi Shankar, and Gautama Buddha.

On top of its outstanding cultural achievements and contributions, India is one of the leading tea producing countries, known for its Assam and Darjeeling tea varieties, and even contributes most of the black tea consumed in the west. There is no doubt that India has done more than just made their mark on the tea world.

When tea arrived in India from China via trade routes, it began to be cultivated in large numbers. Eventually, massive tea plantations developed, and with them, one of the most vibrant tea cultures of all time.

The vast majority of tea produced within India is black tea produced in the CTC (Crush, Tear, Curl) style typical of Indian teas. The CTC method of processing involves manipulating the tea leaves in such a way as to form small, tightly wound and compact balls that can be easily stored and measured by weight. The resulting cups brewed from CTC tea are strong and robust with a bright malty flavour profile. For this reason, CTC teas are a favourite ingredient in chai tea.

Chai tea is the gem of Indian tea culture, and is a favourite beverage made and sold on street corners in so-called “chai stalls.” Often served in small glasses or disposable clay cups, traditional Indian chai tea is boiled together with spices and milk to create a rich spiced beverage. Making traditional Indian chai tea at home is easy and sure to fill your entire home with its fragrance. Simply throw some of your favourite spices together with some CTC tea and boil together with milk. 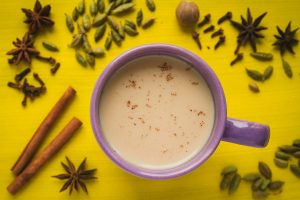 Indian teas became popular in its early days in Europe and for good reason. It could be shipped easily by European merchants who sent it back to European markets to be sold into homes and tea houses. Indian black tea became so popular in Europe that it remains a main ingredient in such famously European blends like English Breakfast and Earl Grey.

In the future, it is more than likely that India will continue its reign as one of the leading producers of black tea, and of tea in general for that matter, supplying the entire world with its robust and strong dark leaves.