BLOG
You are here: Home / BLOG / Education and the Latest Research / Regions of the World – China 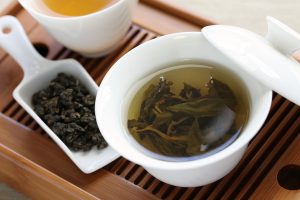 With the highest population of any country in the world and home to the one of the world’s deepest and richest histories, China is a fascinating place. What makes it even more fascinating is that thousands of years ago, China became the birthplace of tea.

It isn’t known for certain how the people of Southern China began steeping the leaves of the native Camellia sinensis plant to brew tea. To fill this gap in tea’s history, and to add symbolic meaning to the beverage, an array of origin myths have evolved over time. One of the most popular of these myths involves a Chinese Emperor who would boil his water every day before drinking it for sanitary reasons. One day while his water was being boiled, the wind blew a leaf from a nearby tea tree into his pot. He sampled the water and loved it so much he boiled the leaves from then on. Another famous myth surrounds the Buddhist monk Bodhidharma who, while meditating, drifted off to sleep. Upon waking, he was so frustrated with himself that he tore off his eyelids and threw them to the ground. According to the myth, they sprouted into the first tea plants.

Early tea drinkers in China primarily drank green tea as it was the easiest and least complicated to produce. Later, as tea processing methods evolved, puerh and oolong teas joined the scene. Tea was so popular in ancient China that in some cases it was even used as currency. Tea in China became highly sought after both first for its medicinal qualities and later for its taste as well.

Today, Chinese teas are desired and enjoyed around the world in many ways. China produces a wide variety of teas to suit every taste and lifestyle. Yunnan province in particular is one of the most renowned tea growing regions in existence and contributes many of the finest teas available today, such as Yunnan black tea. Black tea grown in Yunnan province exhibits a sweet and full body unlike most other black teas. It also has gold striations throughout the leaf material that make it aesthetically valuable.

China is where tea and tea culture began. From China, tea eventually spread across the world and entered the lives and daily routines of billions of people. The second most popular beverage in the world after only water, tea is not going anywhere and we can thank the dedication and talent of Chinese tea producers of both the past and present for its popularity and great taste.