BLOG
You are here: Home / BLOG / Education and the Latest Research / Why Our Enviroment Matters For Tea Drinkers 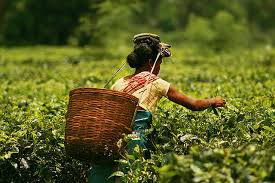 A couple of weeks ago, the world got together to celebrate Earth Day, a day used to commemorate the beauty of our planet and to promote the preservation of its ecosystems and wildlife. Around the world, millions of people renewed their promises to take care of the planet we all call home during a time when the future of this planet has never been more unsure. Lights were turned off to save energy, faucets were used less to save water, and people promised to be less wasteful in their day to day lives and to recycle more often. Earth Day, although it happens each year, is an inspiring reminder that there is still hope for our planet. Day after day, as we read despairing headlines on the globe’s collapsing environmental state, it can be easy to forget the movement that is starting to save it.

At Herbal Republic, we firmly believe that the global movement to preserve the planet can be inspired greatly by the humble tea leaf. It is a theme that has taken centre stage on this blog many times before and it is one that is unlikely to change. We see environmental responsibility as one of our core values and it permeates everything we do here at Herbal Republic. We may be a bit biased, but we truly do think that tea can help spread the awareness of the world’s environmental issues.

Taking a cup of tea, no matter where it’s done, requires slowing down and enjoying the moment. Even if the tea is made quickly from a low quality tea bag, the drinker is forced to take the time to drink the warming liquid. While slowing down doesn’t necessarily mean one will miraculously become an advocate for a better environment, it does force people to become more aware of their surroundings and the life around them. Tea can be a powerful bridge that connects people to the natural world and the planet itself. Through tea, the awareness of environmental issues can be spread more effectively than any protests or posters.

Tea is inherently a product of the natural world. Grown all over the world, but particularly in third world countries, tea farms are very sensitive to environmental issues, chief among them being climate change. With climates suddenly changing and shifting in key tea growing regions, farmers are struggling to adapt in ways that can support the same levels of tea production that have been enjoyed for centuries. With climate rapidly changing in these tea growing regions, environmental issues are starting to directly influence the lives of tea drinkers, but especially of tea growers. With the sustainability and security of tea growing now in jeopardy around the world, families that have been farming tea for centuries on the same land may soon be forced into other professions. This is a dire situation for the tea industry. The changes will most likely be slow to occur; a mass exodus of people from tea farms to factory work would happen in the long term, not the short term. Nonetheless, the change will heavily impact tea drinkers as prices will be sure to rise and quality sure to fall.

A shortage of tea may occur due to environmental problems, but it doesn’t have to. Environmental issues are dependent on human activity, and with sufficient awareness, they can be stopped from affecting millions of lives around the world. Tea drinkers need to be made aware of the environmental issues that affect the tea industry and may cause drastic changes in the future. Tea can be a powerful tool for environmental awareness, especially when paired with education about the causes and effects of both pollution and climate change. The environment matters deeply for tea drinkers and tea growers alike. Tea is, after all, a product of the natural world inherently intertwined with Mother Nature. When Mother Nature is sick, so is the world of tea drinking. In order to shape a better future for the world of tea, we must all pitch in to share an awareness of environmental issues around the world and teach people that a cup of tea can go a long way in educating people on how to lead a better future.