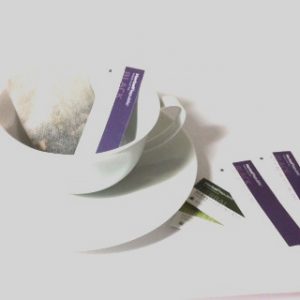 As climate change proliferates throughout the world and its affects are felt globally on the macro scale, the weather patterns that we as humans are used to are rapidly beginning to change. At face value, this may not seem to be a big deal to us until we begin to realize that as weather patterns change, so do agricultural outputs. In fact, as climate change worsens and its affects are felt more fully around the world, many involved in the global agriculture industry, including tea farming, are finding it increasingly difficult to do their jobs. Suddenly, farmers around the world are finding that the planting, watering and fertilizing schedules that they have employed handily for decades and in some cases centuries are beginning to fail them. Now, crop outputs are decreasing and in some cases, halting altogether.

In the west we are relatively sheltered from the effects that climate change and pollution are having on agriculture, even so it is felt when we go to the grocery store next find that the prices of fresh produce are rising steadily. Before our very eyes a simple salad is transforming from a staple into a luxury because of the effects that changing weather patterns have on the agriculture. While we feel climate change’s effects through higher prices in our local grocery store’s produce aisle, in the third world the effects are felt through starvation and famine. In Somalia and Sudan, famine threatens the lives of hundreds of thousands of people living throughout the region and beyond who rely on grain outputs from the now infertile land. For these poor souls, climate change is much more than simply a news story to scroll past on the way to the sports section; it is real and it is more dangerous than many natural disasters.

Climate change’s effects are felt not only on agriculture, but on the state of the global economy as a whole. For nations of the developing world whose economies are largely based on agriculture, the devastation wrought upon farming outputs has real economic impacts around the world. As climate change worsens and harvests dwindle in nations that rely on farmed exports as their chief source of national income, so do the GDP’s of those countries. The quickly worsening nature of climate change and the way it tends to speed up exponentially makes it increasingly difficult for the economies of the third world to shift away from agriculture as their base and move to other fields instead, such as manufacturing. The result is that the millions of people in the third world who are reliant on the wellbeing of agricultural industries are stuck in the proverbial mud with rapidly declining incomes and no real way out.

Apart from agriculture, climate change also greatly affects the world economy in other ways. For example, with the world heating up, ocean currents that have been going strong for decades and even centuries are now slowing down and in some cases stopping altogether. Ocean wildlife that many rely on for income are now dying in mass quantities. The wild fish industry that countless coastal towns around the world rely on is struggling to adapt to the slowing currents. Seaside communities that have made their livings on fishing in the ocean are now finding that their way of life is in jeopardy. With the oceans dying, the price of wild fish is skyrocketing, forcing the market to shift to aquaculture which has even more devastating effects for the environment. Runoff from aquaculture farms leaches back into the ocean causing nitrogen and ammonia spikes that have often fatal consequences for what fish remain hardy enough to survive the rapidly warming waters. With the dying of the oceans, the world’s culture is changing. Cultures that have relied on seafood for centuries are now being forced to shift to other cuisines and food sources due to scarcity and high prices. Before our very eyes the cultures that have made our planet a beautiful and interesting place to live are being blended together and are losing what makes them unique.

With these facts about our changing planet in mind, and understanding that climate change is as much a humanitarian issue as it is an environmental one, Herbal Republic has devoted itself to the cause of protecting our planet from climate change and pollution. We understand that both climate change and pollution have real consequences for the billions of people that call this planet home and we have taken strides to do our part by offering environmentally responsible products and educating our customers and readers on how they can do their part as well.

From our 100% biodegradable tea filters and tea bags to our pledge to use only as much packaging as necessary, Herbal Republic is committed to becoming a model for other businesses looking to preserve the environment and limit their footprint on our beautiful planet. It is our view here at Herbal Republic that we all need to do our part as a global community of tea drinkers to ensure that Earth will be just as much of a great place to live for future generations as it has been for us.