BLOG
You are here: Home / BLOG / Global Impact / There Is Hope For Our Planet 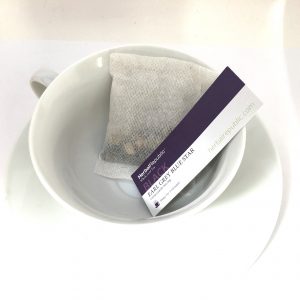 Environmental issues are, in many respects, the most important challenges we face as a human race today. Little else has as great an impact on our lives. The growing threats of the effects that pollution and global warming have produced have instilled seemingly global panic. Each time we read the news or flip through television channels, we are presented with new evidence that the planet we call home is in dire straits. Of course, perhaps the most frightening part of the constant barrage of negative news we get on the state of the environment is that we are promised the worst is yet to come. This may be true, but there is hope for our planet yet.

The devastation caused by hundreds of years of overconsumption and human carelessness has been well documented. The United Nations estimates that 7 million people die every year around the globe from the effects of climate change and pollution. This figure is simply staggering. To put that into context, the population of the entire province of British Columbia stands at around 4.5 million. The effects of our ravaged planet are felt more severely in the undeveloped world, where the most vulnerable to famine, heat waves, droughts, floods, polluted air, toxic water, and industrial waste do not have the resources nor the infrastructure in place to properly defend themselves. Just this year, monsoon rains have killed hundreds of people in India, a country that lacks the capacity to properly respond to (let alone recover from) natural disasters. Andy Turner from the Royal Meteorological Society theorizes that, “Warming over the Indian Ocean… allows more moisture to be carried to India.” According to Turner, “Increases in total rainfall over India may be in the region of 5-10%.” As if the natural events caused by global warming aren’t bad enough, they are projected to worsen.

Horrifyingly, the devastation caused by global warming and pollution is not unique to India, rather, it is felt in every corner of the world in one form or another. In the developed world, it is felt through the increase in the prices of our most beloved exotic imports. Chocolate, coffee, tea, bananas, and other imports considered to be staples from undeveloped countries are all projected to increase in price over the coming years as agriculture in those regions becomes increasingly strained. In undeveloped countries however, the nations that American writer Carl Oglesby nicknamed “The Global South,” the effects of climate change and pollution are far more severe. It’s impacts are felt in economic stagnation, agricultural failure year after year, and most painfully in the colossal loss of human life.

While it could be said that the state of our planet has never been worse in terms of the environment, much of the fearmongering done by media organizations leaves out one vitally important point: Never before has there been such a strong move towards efforts of environmental conservation.

In part thanks to the media coverage of environmental issues and disasters, and in part due to increased public awareness, support for environmental protection has been bolstered to an all time high. The worldwide rally behind seeking to restore the health of the planet we call home has never been more enthusiastic and indeed is now more persistent and devoted than ever before.

Such is the world we live in today. Getting caught up in the proliferation of the mass panic over the state of the environment threatens to make us fall into the dangerous trap of believing that there is nothing we can do to solve the problem. All too often people believe that the damage is so severe that there is nothing that can be done to help on the individual level. They believe that strong governments and organizations are the only way to combat today’s environmental issues. We don’t deny that governments and other institutions can play an important role in healing our environment and taking steps to slow the damages, but the influence that individuals can have should not be ignored. It is easier to believe that because the environment is in such shambles, individuals have little power over the situation. It should be noted however, that individual life habits are what added up to create the very situation we are now struggling to fix. Overconsumption on a mass scale practiced primarily by individuals has culminated to create the worst environmental crisis in human history. At Herbal Republic, we believe that if individuals and business take steps to minimize their impacts on the planet, we would not only slow down the advances of climate change and pollution, but we would be able to set into motion a reversal of its devastation. We have made it our mission to change things. Our products are offered by combining the two main elements of responsibility and quality. By merging these two constitutional values, we aim to prove that being environmentally conscious does not mean living a lower quality of life. In fact, it can mean the exact opposite.

From our compostable tea filters, to our responsibly sourced teas, everything we offer to our customers is curated specifically with responsibility and quality in mind. Our two core values are what have enabled us to become leaders in the field of eco-conscious business. We don’t aim to stop here. Our mission is to show that if business make small changes to their models, the world’s environment will be dramatically healthier. At the same time, we aim to prove that individuals can change their habits (such as using compostable tea bags rather than ones that end up in landfills) while improving their overall quality of life. Our teas are some of the finest in the world. Blended in small batches and sourced from sustainable growing regions our customers are guaranteed responsible quality.

At Herbal Republic, we are confident in the future of our planet. At this time, it seems as though the world has never been in worse shape. In many aspects, it is true. But we would be remiss if we neglected to realize that it is equally true that never before in human history has there been such an outcry in favour of healing our sick Mother Earth. All too often we focus on the negative. We witness natural disasters and see food prices rise and we think to ourselves, “this is only the beginning.” We are right. It is only the beginning. A growing support for the fight against climate change and pollution means that we have only just begun to scratch the surface of the positive impacts we can have if we work together as individuals. As people begin to make eco-friendly shifts in their lives and their businesses, our planet will begin to heal. The movement has already begun. The future is bright