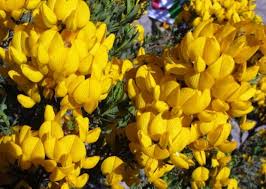 Honeybush tea is an indigenous herbal tea to South Africa, having a pleasant taste and flavour.

“Heuningtee, Bergtee, Boertee, Bossiestee, Bushtea” are some of the many names the tea is called. According to Kies (1951), the earliest mention of the honeybush plant in botanical literature was in 1705. Although it is not clear whether the bush was used for consumption in those days, it can be assumed that the local inhabitants soon realised the health giving properties of the tea in their search for natural herbs and medicines.

The leaves, stems and flowers of the Cyclopia species are used to manufacture a sweet herbal infusion. The indigenous shrub, belonging to the Cape fynbos biome, grows in the coastal districts of the Western and Eastern Cape Provinces, from Darling to Port Elizabeth, being bounded on the north by the Cederberg, Koue Bokkeveld, Klein Swartberg, Groot Swartberg and Kouga mountain ranges. 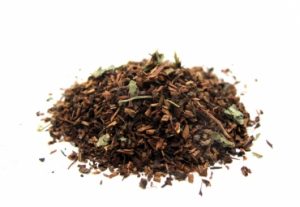 Honeybush tea plants have woody stems, a relatively low ratio of leaves to stems and hard-shelled seeds that germinate poorly if not scarified prior to germination. Leaf shape and size differ within the species, but are mostly thin, needle-like to elongated, broadish leaves. During the flowering period the bushes are easily recognized in the field as they are covered with distinctive, deep-yellow flowers, which have a characteristic sweet honey scent, from which the tea acquires its name. According to traditional methods the tea is harvested during the flowering period. Cyclopia intermedia and Cyclopia subternata flower in September/October while Cyclopia sessiliflora flowers in May/June.